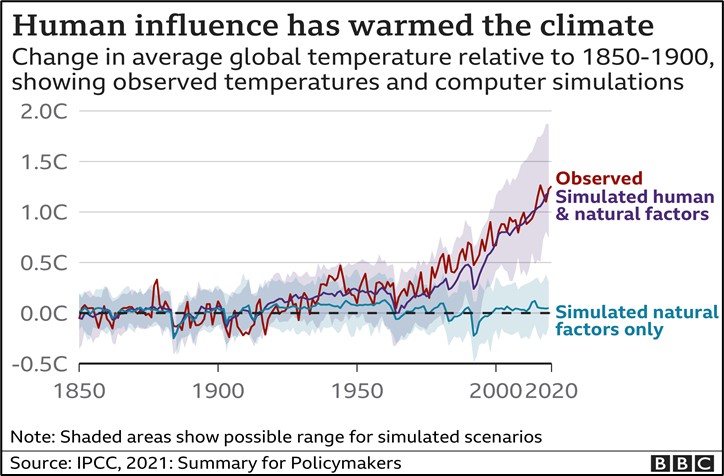 In strong, confident tones, the IPCC’s document says “it is unequivocal that human influence has global warming. The consequences of going past 1.5 C over a period of years would be unwelcome in a world that has already experienced a rapid uptick in extreme events with a temperature rise since pre-industrial times of 1.1 C”
IPCC report key points ;
1. Global surface temperature was 1.09C higher in the decade between 2011-2020 than between 1850-1900.
2. The past five years have been the hottest on record since 1850.

3. The recent rate of sea level rise has nearly tripled compared with 1901-1971.
4. Human influence is “very likely” (90%) the main driver of the global retreat of glaciers since the 1990s and the decrease in Arctic sea-ice.
5. It is virtually certain that hot extremes including heatwaves have become more frequent and more intense since the 1950s, while cold events have become less frequent and less severe.