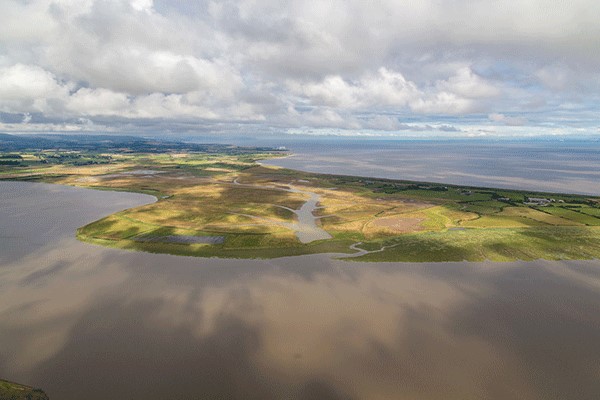 Net zero is the concept of zero GHGs emissions from activity or product, through removing GHGs from the atmosphere in a process known as carbon removal.

Natural habitats can store and reduce CO2 concentration from the atmosphere, also alongside other co-benefits like restoring nature and biodiversity, a crucial factor in tackling the ecological and species declines.

1) Blue carbon – Research is growing on the possibilities associated blue carbon.
Blue carbon is the absorption of carbon in marine and coastal ecosystems. Blue carbon is the most effective, method for long-term carbon sequestration. For example, Mangrove forest or flooded forests, estuaries store carbon in the soil, several meters deep, at a speed two to four times greater than a mature tropical forest.

2) Seagrass – Seagrass can stores carbon in its roots. As older plant tissue dies, carbon becomes trapped in complex structure of seagrass meadow and collect to the seabed.
As a result, seagrass meadows play a vital role in carbon storage. Through sequestering carbon, seagrass acts as a buffer against ocean acidification. Including act as a nursery ground for marine animal. 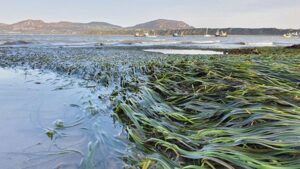 3) Wetlands – Wetland areas are natural habitat where carbon can be stored alongside other valuable ecosystem benefits. Carbon from the estuary or plants is collected after every tide, becomes a new layer of organic carbon-rich sediment. The Research in UK found that the marsh stores 10,000 tons of carbon every year, with other benefits including reducing flood risk and supporting biodiversity.

4) Peatlands – Peatlands are the largest carbon storages and can continue to absorb carbon indefinitely if in healthy condition. Conversely, if they are changing patterns of land use, the release of carbon back into the atmosphere is extremely high meaning. And cause of increasing carbon accumulation in the atmosphere.

Ministry of Natural Resources and Environment