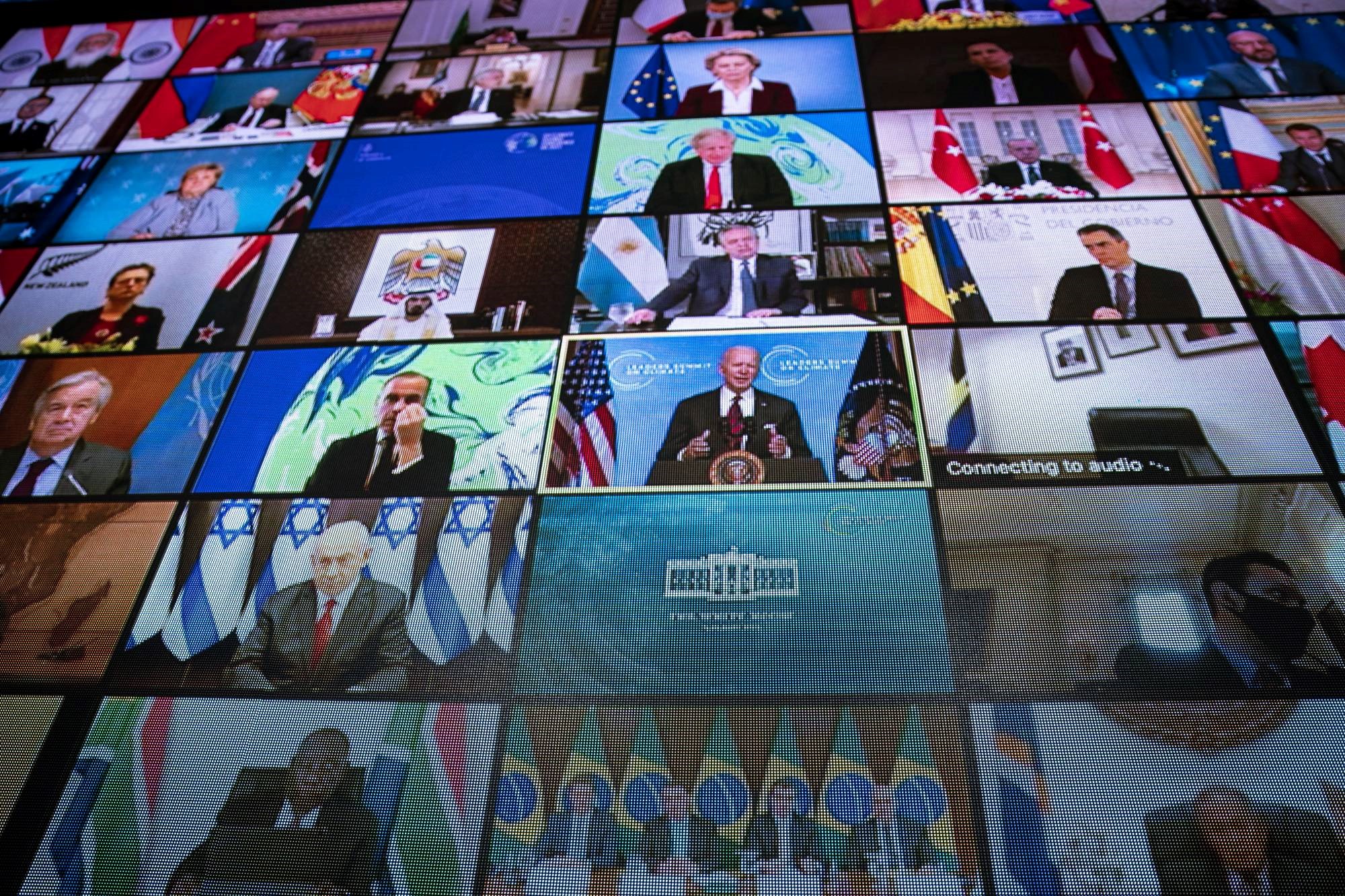 Japan and the US Pledge Stricter 2030 Emissions Reduction Target

Japan and the US Pledge Stricter 2030 Emissions Reduction Target

A two-day, virtual Leaders Summit on Climate hosted by U.S. President Joe Biden kicked off Thursday, with world leaders pledging to take concrete actions to secure a greener future, during 22-23 April 2021, With the aim to stimulate efforts by major economies to tackle the climate crisis

The Climate Leaders Summit is intended to highlight the urgency and economic benefits from stronger climate action. It will also be a milestone on the path to the United Nations Climate Change Conference (COP26) this November in Glasgow, Scotland.

Shortly before the opening of the summit, a senior Japanese government official said Japan has decided to increase its greenhouse gas emissions reduction target to 46% by 2030 from the level it was set to at 26.4% in fiscal year 2013. The Prime Minister Yoshihide Suka announced Thursday that this target while attending a summit together with leaders from around the world.

The new goal is loftier than Japan’s original target of a 26% reduction from 2013, when emissions were at their highest. The nation is striving to keep pace with the U.S. and Europe in moving toward a global goal of carbon neutrality by 2050, and intends to accelerate a push into renewable energy.

In the meantime, the United States has also announced a target for reducing greenhouse gas emissions to 50% – 52% from 2005 emissions levels by 2030, which is almost twice the target set by President Barack Obama.

The announcement also comes less than a week after a bilateral meeting between President Joe Biden and Prime Minister Yoshihide Suga. Japan and U.S. agreed to promote multilateral efforts to meet the goals of the 2012 Paris Agreement, which calls on nations to make all efforts to keep the average global temperature rise to 1.5 degrees Celsius.

For the Leaders Summit on Climate, leaders from leading countries participated and expressed their intentions to reduce massive amounts of greenhouse gases, such as Russia’s President Vladimir Putin pledges to reduce greenhouse gas emissions by 30 percent from 1990 emissions levels by 2030, according to the United Nations proposal, and is likely to improve ties with the United States through climate change cooperation.

At the same time, China aims to reduce greenhouse gas emissions as much as possible by or before 2030 and achieve zero net emissions by 2060. China and the US agreed in a joint statement on Saturday, April 18, 2021 to cooperate in the fight. With climate change The announcement was made during the US Climate Special Envoy John Kerry’s visit to Shanghai, China.

For China and the United States as the world’s top two greenhouse gas emitters. Together, it accounts for more than 40% of global emissions. Climate concerns have also become one of the few topics both sides open to talks amid bilateral tensions.

Many Countries around the world are grappling with climate change and facing renewed pressure to target more ambitious cuts in emissions for 2030 that scientists say are crucial to keeping the daunting challenge of achieving carbon neutrality by 2050 possible.

However, researchers from the United Nations. And other institutions around the world warn that the world must reduce its carbon emissions as much as possible, or should reduce it more than the target by 2030 to curb climate change, whether the neutrality of Carbon by 2050. The UN and EU are urging the rest of the international community to set more ambitious goals for 2030 to prevent irreversible damage.

Key themes of the Summit are include:

Ministry of Natural Resources and Environment