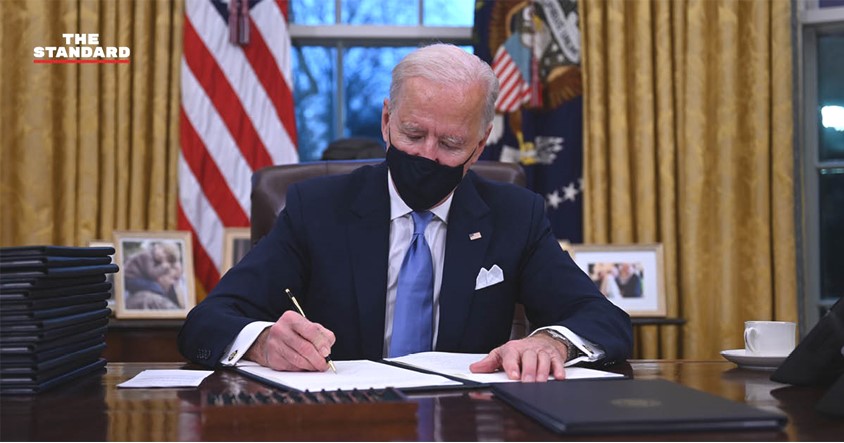 President Joe Biden announced the US plans to reenter the Paris climate accord, the landmark international agreement signed in 2015 to limit global warming, in a sign of Biden’s urgency to address the climate crisis.

The US abandoned the agreement late last year on former President Donald Trump’s order she withdrew from the agreement in 2017.
Experts say that rejoining the agreement is a significant step by the Biden administration to reverse the climate policies of the last four years. The challenges that Biden faces rival any confronted by his 45 predecessors, on an out-of-control pandemic, a sputtering economy and the threat of right-wing extremist violence stoked by viral misinformation.

Biden’s action sends a strong message that the US is prepared to cooperate in the fight against climate change and seek to reclaim the leadership role. Under the agreement, countries are expected to enhance their commitments to curb greenhouse gas emissions every five years.

This sends a very important signal to the rest of the world on one of the biggest problems and make the US demonstrates once again will take the global climate change challenge seriously. Biden is also signing a raft of executive orders aimed at gutting Trump’s climate and environmental policies. The orders direct federal agencies to review dozens of rules from the Trump era and aim to reverse any that are.

In 30 days, the US will be back in the agreement. From there, experts expect the pressure on the Biden administration to ratchet up.

Last year was supposed to be the next mile marker for nations to increase their greenhouse gas emission pledges, but the pandemic postponed a major UN climate summit that was scheduled for last fall.

Those climate negotiations are now taking place this November in Glasgow, Scotland, where all eyes will be on the US to submit more ambitious targets to achieve by 2030.